Mark Ortwein
It Was Time

[PRONOUNCER: Ortwine which means place of wine or winemaker]

I’ve been thinking about doing my own set of albums for years, but I’m always very busy playing full time in an orchestra, teaching at a university, doing lots of recording for other people and playing live concerts and shows. During the pan-demic I finally planned two albums and recorded them within the last year – one jazz and the other classically based music.

The title track “It Was Time” has a double meaning and is dedicated to my Mom who passed away a couple years ago. I wrote the melody when she passed away and it was definitely her “Time” to go. Also it was way over time for me to do my own album projects. One of my favorite jazz artists in Indiana is the amazing jazz clarinetist Frank Glover. I have done several recording projects with him over the years and I always love his harmonic sense in his playing and compositions, so I asked him to take my melody and do the arrangement for the album. On the cut Frank is playing keys, my son, Olas Ortwein, is on Fretless Bass and former Joe Henderson drummer, Francis Wyatt, is on drums.

I wrote “Pepperoni Grande con Queso Mas” a number of years ago when I was in the US Air Force Band and have arranged it for different configurations over the years. I play Latin gigs with the Dominican pianist Pavel and knew this tune would really come to life recording it with him. Pavel is playing piano and laid down the Congas and Cow Bell tracks. I’m playing Electrified Bassoon and Bari Sax on this one with Olas Ortwein on Bass and the drummer in Pavel’s band, Matt McGraw laying down the rhythm.

I’ve always loved the tune “I Can’t Make You Love Me” (most famously recorded by Bonnie Raitt) and one of my friends, Josh Kaufman, sang it on NBC’s The Voice and happened to win that season. I arranged a woodwind opening and then worked with Paul Langford to arrange the song with Paul on piano and me playing Alto Sax.

I’ve been playing the old song “After You’ve Gone” on duo gigs with guitarist John Fell for a few years and decided to do an updated version for the album. I added one of my best friends to this one on trumpet – Kenny Rampton plays in the Lincoln Center Jazz Orchestra with Wynton Marsalis and he is also the trumpet player for the TV show Sesame Street.

“Basso Bossa” was written by bassist Peter Hansen and is a very lively bossa with plenty of solo space for Alto, Guitar and Drums.

I wrote “No More Butterflies” after coming back from a tour in Poland where I visited Auschwitz. It is a Baritone Sax feature with a flute countermelody.

Coltrane’s “Lonnie’s Lament” I have been doing on jazz gigs for a few years in a funk style and for the recording chose to play the melody and solo on Bassoon with Tenor Sax being the countermelody.

“Lunar Love” I wrote for my lovely new wife, Carrie. It is a sexy, evocative piece that really gives the soloists a lot of freedom during the solo sections.

I asked Guitarist John Fell to write a tune for the album and he brought in the challenging “I Might Be Happy” to record. I chose to trade solos with myself on Tenor Sax and Bassoon and John plays a great Guitar solo.

I wrote “Schizoid” at the piano waiting for a university saxophone student who hadn’t been showing up for lessons and wasn’t quite “right”. The opening part has a New Orleans feel (where I lived for a couple years) and the solo section goes into a cool jazz “Take Five” vibe.

During the pandemic Kenny Rampton saw some videos of music my son had written and performed all the parts. Kenny was so impressed he said Olas should write some music that he and I could record with him. Olas wrote “Bigfoot” and had me record an Electric Bassoon solo with Tenor and Bari Sax parts, and Kenny plays a great trumpet plunger solo! Bigfoot is a funk tune that goes pretty “heavy” at the end, so I asked one of Indianapolis’ best metal-ish drummers, Johnny Concannon, to record the drums to close out the album with a bang!

Over the last 30 years, Mark Ortwein has performed in many different musical projects including professional recordings, musical theater, chamber ensembles, jazz and R&B groups, as well as many orchestral performances, including being a member of the saxophone section for the Cincinnati Pops under Erich Kunzel. He has performed all over the world in many different venues, ranging from Carnegie Hall to the Grand Ole Opry and MTV. Mark is currently the Assistant Principal Bassoonist and Contrabassoonist of the Indianapolis Symphony Orchestra.

After freelancing in New York for a year, Mark played for one season with the Las Vegas Symphony Orchestra and then joined the United States Air Force Band at March Air Force Base in California as a saxophone soloist and woodwind doubler. Four years later, he moved to the Air Force Academy where he was the principal bassoonist with the United States Air Force Band of the Rockies for four years. After that, he moved to Cincinnati to study bassoon at the Cincinnati Conservatory of Music and complete his Master’s degree.

In June 2003, Mark was the featured soloist with the Pittsburgh Symphony Orchestra under the baton of John Williams, playing the second live performance of Williams’s “Escapades for Alto Saxophone and Orchestra.” He is an active studio musician and records regularly for the Hal Leonard and Alfred Publishing Companies, as well as many other projects. He teaches bassoon at the University of Indianapolis and is a founding member of the Icarus Ensemble (jazz quintet); Icarus’s first CD came out the end of 2014: theicarusensemble.com.

He currently teaches bassoon at the University of Indianapolis, is a founding member of the Icarus Ensemble (jazz quintet), and leads his own Jazz group, the Ortwein JazzTet. He is also currently working on a three album series in which he has commissioned concertos and solo works for Electrified Bassoon and Contrabassoon for two of the albums. The third album will be a mix of Jazz, Latin and R&B consisting mostly of originals written by Ortwein. 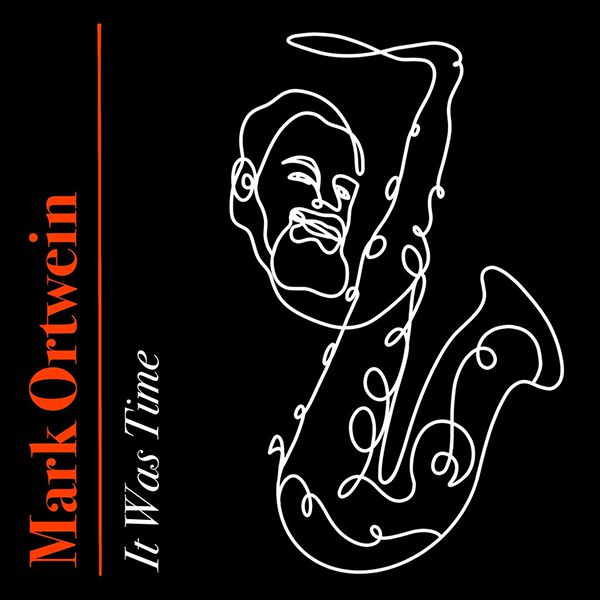