Ball State University Jazz Ensemble
I Can See The Other Side

This is the first recording of the Ball State Jazz program and features five student compositions/arrangements and one from faculty member Dr. Scott Routenberg.

I am extremely proud of this final product. Through the Jazz composition and arranging classes the students are able to present their vision after countless drafts and edits. All of this material was recorded during the height of COVID inside a recording studio using social distancing.

Alex Kastner’s (trumpet) original Tempest opens the session. Alex says, “Tempest is defined as a violent windy storm. For this piece, I used the pandemic and a tropical hurricane setting as my own inspiration and interpretation of the word.”

Peter Lehmann’s (trombone) creative interpretation of the classic Up A Lazy River was inspired by his Grandmother. “She would play “Up a Lazy River” almost every time I heard her on piano. When it came to writing for big band, I wanted to capture the feeling of Sammy Nestico and the joy that radiates from his charts.”

Aron Scott Callard’s (trombone) original ballad Miss Serenity is a beautiful feature for alto saxophonist Anthony Echarry. Aron states, “Miss Serenity is a chart that I wrote summer of 2020. I initially wrote it to represent the reflecting I was doing at the time and used inspiration from Bob Brookmeyer’s ability to write ballads.”

Errol Zlovic (piano) contributed the spirited Struttin’. “During a late night practice session, I was noodling around with some riff ideas revolving around the blues scale. I happened to play a little motive I liked the sound of and the opening riff for the melody of the tune was created right there on the spot. It sounded like something you’d hum or sing while strutting down the sidewalk with a smile on your face, so it had to be named Struttin’.”

Trevor Mather (tenor sax) talks about his composition Late Nights; “Over the past few months I had songs composed by Thad Jones, Quincy Jones, and Sammy Nestico on constant repeat. I was inspired by how these composers can make songs that are simple yet complex at the same time. These legends inspired me to write Late Nights. This piece was composed during a late winter night. The purpose of this composition was meant to bring joy to listeners during these tough times.”

Dr. Scott Routenberg (Jazz faculty piano) says of his piece, “I Can See The Other Side is an original through-composed work written to commemorate the inauguration of President Joe Biden. I began writing the piece during the transition period and completed the work on Inauguration Day, January 20, 2021. Mirroring the growing political chaos of the last year, the piece gradually becomes more dissonant as it unfolds multiple climactic episodes, ultimately ending on an ambiguous note that reflects the divided nature of the country.” 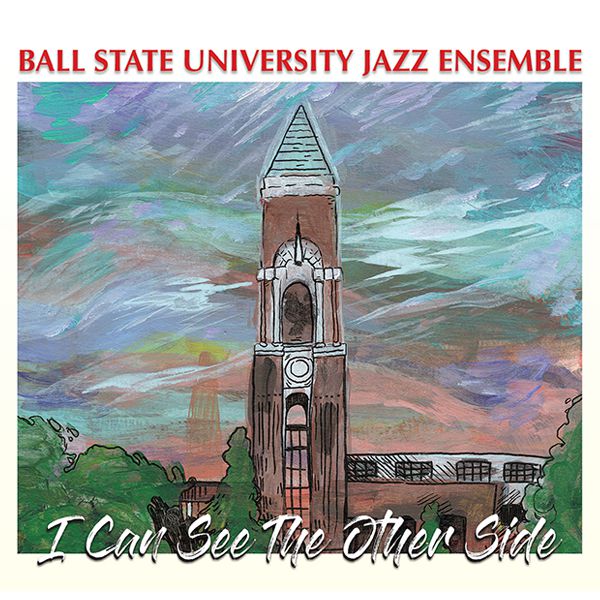