In mid-March of 2020 the world experienced the onset of a drastic change in life as we know it, the outbreak of a world-wide pandemic. For artists, the impact of this sudden isolation and inability to work manifested itself in myriad ways, one of which was influencing many, including saxophonist/composer Steve Slagle, to create with fervor. “As a musician I found it opened up more chances to make my music in a composed way that had to have a positive and yet driving force to it, to offset the darkness. With everything else cut off, I was in another sense freed, and on March 30, 2020 (I remember the specific date as it’s Dave Stryker’s birthday), right after NYC was shut down, the first piece of this new album came while playing sax, and I developed it into a two horn composition, pretty and peaceful, for alto and trumpet. For more than a couple of days I played it over and over – it brought me some peace!,” explains Slagle. And it brings us Slagle’s new album, Nascentia, to be released on April 9, 2021 (on Panorama Records).

With the accouchement of his composition which he called, “Nascentia,” or birth, it opened up the idea for Slagle of using trombone as a third lower voice (as Slagle points out, three horns give the music a certain appealing texture), and creating a suite connected together by drum and bass interludes, by Jason Tiemann and Ugonna Okegwo. Slagle elaborates, “over the period of the Spring and Summer, of course still in lock-down, playing these new pieces kept me positively moving forward rather than getting brought down with the general bad news. Eventually adding a beautiful piece by the late great Harold Mabern, ‘I Remember Britt’ ( for our trombonist friend Britt Woodman), and one I had written for Mike Brecker, ‘A Friend In Need’, the album was taking shape, and it was the perfect time for executive producer Rick Simpson, who called me in late July, asking, ‘why don’t we do a larger group recording this fall when things will be better in the world?”

Steve Slagle is certainly an artist up for meeting a challenge, especially one of this nature, but the Fall of 2020 fell way short of our collective expectations, and things were not better, with the world-wide virus shutting-down live music everywhere. “But a potent will finds a way, and we reserved one of the great studios still open in pandemic-era NYC, Sear Sound, Studio A on 48th street. And, I was able to secure the exact musicians I felt were needed for the recording of Nascentia,” says Slagle.

As would be expected, the musicians rose to the occasion, hungry to play. Slagle explains, “I am especially glad that many of these were first takes. My song, ‘All Up In It’, which was built for energy, was recorded as the first song , the first take, that morning at 10:30AM (early for us!). Everyone really reached deep and created some incredible group feeling & spirit! And the solo statements across the album, wow!”

Nascentia is defined as, the bringing forth of something with future potential, or simply, birth. It is Slagle’s hope that this recording helps to musically herald a new beginning to our world in 2021. “With cheers for new sounds to appear and clear the air!!,” declares Slagle. 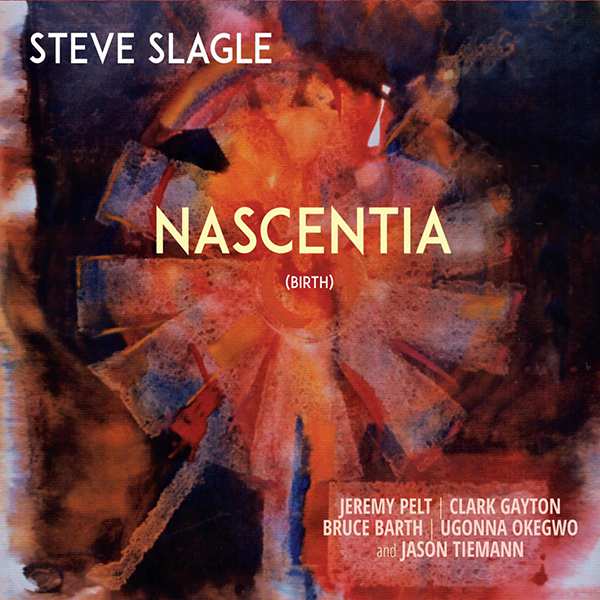 Listen to: “We Release”