Jason Kao Hwang / J. A. Deane – Dino Duo
Uncharted Faith
J.A. Deane, called “Dino” by his friends, passed away before this CD was completed. Dino started his musical life touring with Tina Turner and eventually became a great innovator of electronic music, which is by any measure, an extraordinary journey. I met him in the mid-1980’s, playing together in various Butch Morris ensembles. Here is the story of Uncharted Faith, his last project.

After his life partner Colleen Mulvihill passed away in 2019, Dino moved from Denver to a tiny house parked in a rural field in Cortez, Colorado. There, alone in nature with his two dogs, he completed his book, Becoming Music, Conduction & Improvisation as forms of QiGong, which he sent me in December 2020. I reciprocated by sending him my CDs, including Conjure, my duets with Karl Berger, which he especially loved. Despite the pandemic, we agreed to collaborate on a duo recording! On January 28, 2021, I heard his zoom concert for the Red Room in Baltimore. Dino’s phantasmagoric symphonies, vivid and luxuriant with unique sounds, were stunningly beautiful. We corresponded further and our duo project gained momentum. Dino proposed that I send him “5 to 10 minutes of solo acoustic violin” improvisations. He would “work with it,” then send me tracks to overdub. In March I sent him my tracks. All tracks on this CD, from both Dino and myself, are completely improvised.

Dino edited the tracks into “57 gestures” that he would then “map a subset to another instrument (Sensei Morph touch controller & Spacecraft granular synthesizer software).” On May 12 Dino cryptically mentioned health issues. On May 14, he sent me the first five tracks, not yet titled but in the same order as this CD. He wrote: “Every track was created on an Akai MPC Live Digital Audio Workstation (and your original sounds have been shifted and mutated intensely), and then performed and recorded in real-time. I’m obsessed with exploring, exploding & exalting the DNA of sound. Now there is no question that many of these pieces are harmonically dense. I encourage you to embrace and multiply that density with multiple overdubs if you choose to go that way.” On July 2, I completed my overdubs on a Tucker Barrett solid-body electric violin (with a Richard Barbera bridge) through an Atomic Amplifire 12 multi-FX processor with expression pedals assigned to wah, whammy, and delay feedback. I asked him to send me one more track, which surprisingly, he had ready to go. Only for track 5, Speaking in Tongues, and track six, Uncharted Faith, did I record multiple violin tracks.

On July 11, Dino wrote: “I have been avoiding this because I didn’t want it to negatively shade your contribution to what is probably going to be the final project of my life. I am honored that it will be with you. I have stage four throat cancer. Please follow your heart with how you want to play into this final world. Please forgive me and understand that I simply didn’t want the weight of this to shade your performance as you were coming from a place of such joy, the same place I was coming from when I created my performances.” Dino had a concrete belief in the spirit world, having communicated to Colleen through psychic mediums several times. He decided not to receive treatment and on July 12 wrote: “What is compelling is to be with Colleen in spirit form. I am making a conscious journey to transition.” On July 13 I wrote: “Your decision is courageous and from a deep spiritual wisdom gained through your extraordinary musical journey. I am deeply moved by your faith. I am so thankful that we have created music together. You opened my mind and ears to the expressivity of electronic processing, which enriched my life. I had not heard anyone play in that sonic universe with your boundless imagination and soul. I know your journey forward will be full of beauty and wonder, just like your music.” On July 15, I began sending him mixes and he gave me insightful suggestions. He also empowered me to name the tracks and complete this production. On July 23, 2021, J.A. Deane transitioned in New Mexico with his dearest friends, Joe Sabella and Katie Harlow at his side. Born on February 16, 1950, he was 71. – Jason Kao Hwang

BIOGRAPHIES
J.A. Deane aka “Dino” (electronics), was truly an innovator. In the 1970’s, as trombonist, he played with the L.A. Horns, touring with Tina Turner. In the 1980’s he pioneered the use of live-electronics with Indoor Life – a popular San Francisco art/punk band and worked with Jon Hassell, recording the epochal album “Power Spot” (ECM). He was a close collaborator in Butch Morris’s real-time compositions called Conductions®. Mr. Deane originated “live-sampling” – recording members of an ensemble while in performance, manipulating the audio and then playing it back like an instrument. He created over fifty works with his life partner, dancer/choreographer Colleen Mulvihill. He also created theatrical sound designs for many artists, including Sam Shepard and Julie Hebert. Since 1995, Mr. Deane released several albums and directed the ensemble Out of Context. In November 2020, he published Becoming Music – Conduction and Improvisation as forms of QiGong. Mr. Deane passed away in 2021.

The music of Jason Kao Hwang (electric violin) explores the vibrations and language of his history. His most recent releases, The Human Rites Trio and Conjure have received critical acclaim. In 2020, 2019, 2018, 2013 and 2012, the El Intruso International Critics Poll voted him #1 for Violin/Viola. The 2012 Downbeat Critics’ Poll voted Mr. Hwang as Rising Star for Violin. As composer, he has received support from Chamber Music America, NEA, Rockefeller Foundation, NJSCA, US Artists International and others. His chamber opera The Floating Box, A Story in Chinatown was one of the Top Ten Opera Recordings of 2005 by Opera News. As violinist, he has worked with William Parker, Anthony Braxton, Butch Morris, Reggie Workman, Pauline Oliveros, Taylor Ho Bynum, Tomeka Reid, Patrick Brennan, Will Connell, Jr., Zen Matsuura, Oliver Lake, Jerome Cooper and many others. 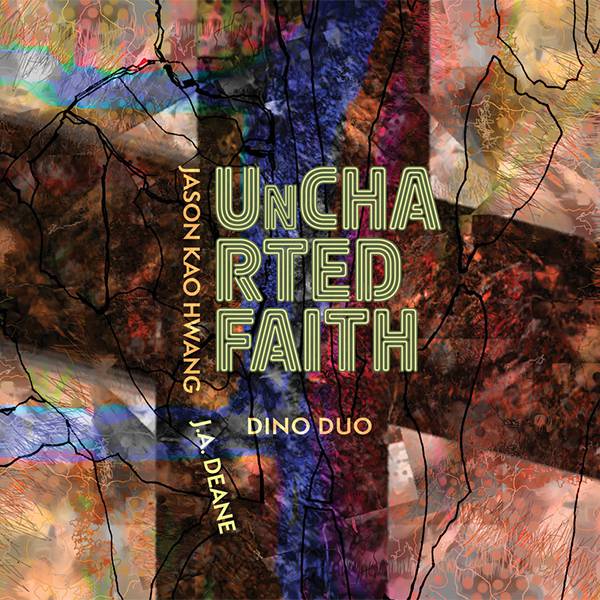