LOVE OVER WAR opens with three anthems, with and without vocals. Each of these six Tracks is steeped in New Orleans flavors and idioms. Each is rooted in the rock- solid but syncopating drums-set of Herlin Riley and the uniquely sensitive and on-time bass-lines of Kirk Joseph’s sousaphone. Each benefits mightily from the pulsing and winding adumbrations of Roger Lewis’ saxophones and Mario Abney’s trumpet and Michael Torregano Jr.s keyboards.

“Get Your JAM On!” is about empowerment. Don Paul said to WWOZ’s show-host DJ Rootzmaster after “ … JAM … “ debuted on that station: “And the idea of the JAM is everybody is a creator.”

The groove is appealing and engaging as Carencro’s Famous Lightning-Pie. The groove becomes grooves as saxophones and trumpets bend and wend and Erica Falls’ voice sighs and soars like a bell. The whole of “ … JAM …” may make you crazy with joy about three minutes into it.

“Glory Glory Glory Is For Us All” The text recognizes that ‘Ev’ry moment, ev’ry Church comes from sun on grass.’ William Blake under his red beret said: ‘Everything that lives is holy.’ D.H. Lawrence wrote in Etruscan Places: ’It is the grass of the field, most frail of all things, that supports all life all the time.’ Thomas Mann referred to Schiller in urging ‘the widest possible sympathy … universal sympathy.’ Long story short, human beings are hereto help one another’s genius thrive. “Praise and lift / Lift and praise, ‘ sings Erica Falls over the unifying tumult of Gospel growing ecstatic. “We’re all God’s choice / We’re all Gods’ choice.”

“Love Over War, Every Time We Play” A second song that came to Don Paul on another morning of March 2019. The pulsing of the drums-set and sousaphone, the lilting melds of trumpet and saxophones, and again at 1:00 the bell of Erica’s voice enters. Verse expounds: “For some people in this world / There’s never enough war / Never enough war to take from the poor / Never enough war to feel more power / … / They’re indeed a Tiny Few / But they mean death to me / And they mean death to you / War for death is the game / That they play behind Desks / War for Debt is the game they play …” Yet: “For some people of this world there’s never enough love / … Never enough time for the gifts life provides / … All we want is peace and the freedom to create / All we want is our families and a chance for happiness / … So it’s a contest, so it’s a fight /Will we be led by Snakes or led by Light / … Love over war / Love over war / Love over war / Every time we play.”

“My Old Man” Written during build-up—October 1990—to the first U.S./N.A.T.O. Gulf War. Performed with the great composer, guitarist and musicologist Dhyani Dharma on slide-guitar for the 1991 album Love Is The Main Flame.

“About Reinaldo, Mourning and Outrage” News from my sister’s voice, via my message-tape machine, February of 1988, that Reinaldo Arana had died remains one of the great shocks of my life. The poem continues. ’Last Spring Reinaldo beamed / In the Garden that he and Norman had started / Behind their building on the Lower East Side. / By this lot stood burnt-out blocks, / Barrens of rubble, … Children brought scrap for the fire / … Dug to share in the flowers and tomatoes. / Reinaldo laughed and nagged with zest. /He looked healthy as a nut. / This communal Garden was like an oasis …’ The poem quotes Lorca on Ignacio Sanchez Meijia, a Lament worth revisiting forever.

Reinaldo was the first friend of mine to die suddenly of AIDS. Norman Valee followed him.

Performed with Kidd Jordan and Morikeba Kouyaté for our album Women Center Earth, Sea and Sky, July 24, 2014, with Rick G. Nelson engineer at the Marigny Studio in New Orleans.

“A Baby’s Smile Is Sweet To See” The first song that came to me, March of 1988, inspired by my daughter Paloma and my musician brother Kenton Hulme. Recorded with bhodran in David Farrell’s home-studio on the night that we did our final mixes and mastering for LOVE OVER WAR.

“Bobee (What A Spirit Walks That Way)” concerns Roger Lewis’s first-born son, Roger Hayward Lewis Jr., nicknamed “Bobee”. Bobe (pronounced “Bobee” in New Orleans) passed away due to a rare cancer, osteosarcoma, at age 21, as he attended college and served in the Marine Corps Reserve. Roger’s “Song For Bobe” is featured on the Dirty Dozen Brass Band’s album of 1990, New Orleans. 2021’s rendering is driven by Herlin Riley’s astonishingly precise and multiple polyrhythms and Kirk Joseph’s sympathetic bass-line through his sousaphone. Vocals by Herlin and Don.

Instrumental succeeded by vocals’ track of “ … JAM On!”, or “Glory …”, or “Love Over War, …” Also, “My Old Man” might go with ‘About Reinaldo, …’ as a timely time-capsule. “Bobee (What A Spirit …) is a Track made more moving when some history is known: Bobee, born 1951, and Herlin, born 1957, were close contemporaries; Roger played saxophone when Herlin gave his first public performance at age 12 (on trumpet); and that closeness may help to explain the high spirituality of Herlin’s vocal on this track. 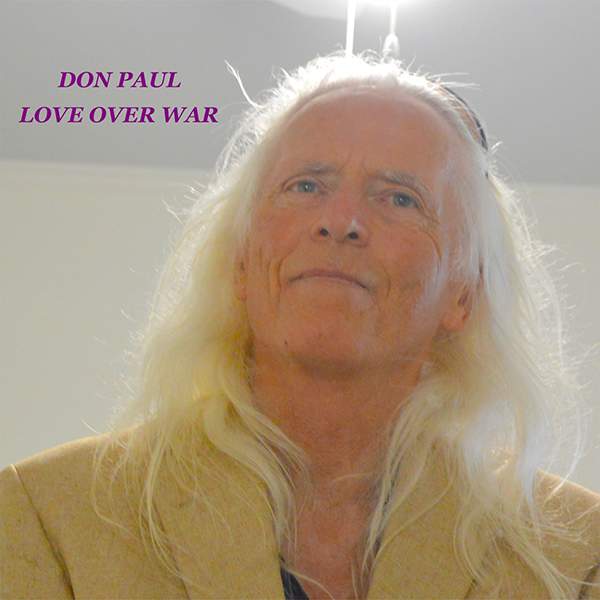