My previous recording, The Cheap Ensemble, was inspired by a Gerhard Richter painting that evoked and amplified then-present feelings of melancholy, nostalgia, restlessness, and agitation. It was also the start of a journey of trying to make honest, personal, and liberated music that, hopefully, continues with this offering. Life moving forward like it does if we’re among the fortunate ones, and change remaining ever constant, after that recording was released, I found myself almost immediately searching for different things in myself and my playing. Clear paths opened leading me to new musical collaborators for this new recording.

Pianist Bill Graham (Atlanta, GA) is a busy performer, composer, and educator. He started on the drums and briefly studied composition in college but credits his early musical development primarily to listening to records and gigging, including with his father – pianist and composer Jez Graham. His musical family also includes his sister, percussionist Janna Graham. He is the author of Chord Tone Improvisation: A Practical Method for Playing on Jazz Standards and has a popular instructional YouTube channel.

Bassist Brandon Boone (Atlanta, GA) earned his jazz studies degree from Kennesaw State University, was mentored by bassist Kevin Scott and the legendary Colonel Bruce Hampton and toured with Bruce’s band. Also from a musical family, his father was a pianist and music minister in Augusta, and his brother Robert is currently the drummer for the Count Basie Orchestra. While technically commanding on the bass, Brandon always has his ear towards making his voice part of the whole. Brandon co-founded the band Grüt (Ropeadope Records) and is currently touring with the Tedeschi Trucks Band.

This new trio gathered a few times at my house before the lockdown. While the spark was present from the first notes, the pandemic eliminated any possibility of live performances or collective development. We didn’t see each other for two years until we went into the studio. When we reunited, the spark was still there and had a heightened sense of urgency after the long isolation and incubation – raw, strong, and ready to explode out of its confinement. In this recording of our too long delayed musical reunion, composition meets free improvisation, density grinds against sensitivity, ambient sound slips around groove, and pressure builds and breaks free new musical terrain for the trio to explore along these Fault Lines.

The opening track Slant Anagrams is one of six excellent original compositions Bill contributed to this recording and explores the distance between musical inspirations and eventual creations that are closely, or sometimes only intangibly, related to the source. The track provides a declaratory, energetic, and rhythmic opening to the recording before the trio ventures into freer territory – and provided me with a welcome excuse for a rare drum solo. Agitation Lullaby recalls the memory of hearing my young children being sung to sleep by their mother at a time when the pressures of that time distorted even that most beautiful of sounds. Crystals is a spontaneous collective improvisation based on a set of images and ideas, but with no composed musical content. It serves as a fitting preamble to Ice Bridges Before Road – an expressionist ballad full of beautifully and icily dissonant polychords with the improvisation draped across the form.

Borders is musical cry against the physical and societal barriers that keep distance between people. After a long sojourn through free improvisation and cinematic composition, Number Six presents a majestic, slightly mysterious, and contrasting pop sensibility. Where or When is a beautiful Rodgers and Hart ballad that I have fond memories of performing, and is offered here liberated from steady time but holding fast to its complex emotional content. It Should’ve Happened a Long Time Ago is a tribute to its composer, legendary drummer Paul Motian. After an ironic triumphal opening, Weeble Wobbles is an exercise in slippery time – but never falling down. With Intersections, fully composed opening and closing sections, made up of staircases of quartal and whole-tone material intersecting with themselves, bookend the central free improvisation. The final track delivers a relaxed pocket groove over Joni Mitchell’s Amelia and a warm conclusion to our reunion.

Dana Fitzsimons grew up in Connecticut and now lives in Atlanta. He attended Ithaca College School of Music where he studied trumpet and earned a Bachelor of Music degree. He graduated from William and Mary Law School a Juris Doctor degree in 2001. Fitzsimons spent years studying the trumpet, but he switched his focus to the drums while he was in law school. He is a member of the avant garde trio The Cheap Ensemble, with saxophonist Chris Otts and guitarist Patrick Arthur, that released its critically acclaimed debut CD in 2017 and that was played on over 175 jazz radio stations and spent 13 straight weeks on the JazzWeek radio charts. He has performed with pianist Harris Simon, legendary New Orleans vocalist Leigh “Little Queenie” Harris, and 1920s jazz and hot swing group The Hot Club of Atlanta. He is a Canopus Drums and Bosphorus Cymbals artist. 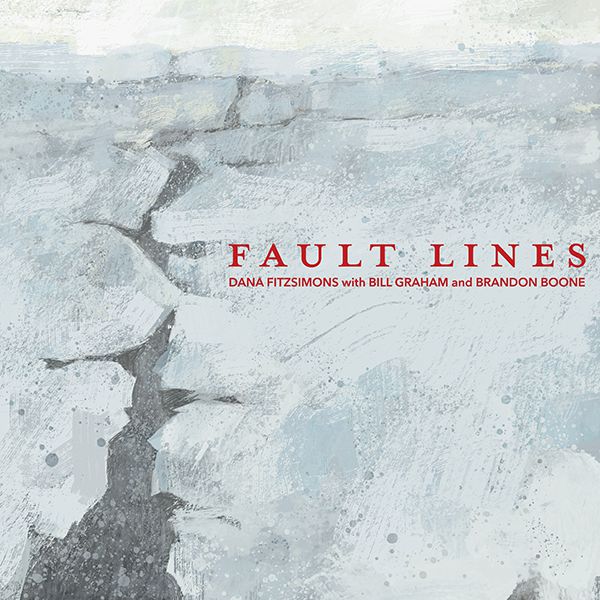