The set begins with a cheerful rendition of “The Christmas Waltz” that puts the focus on Amber Weekes’ beautiful voice. “I’ll Be Home For Christmas” includes the rarely heard verse, has a spot for Paul Jackson Jr’s guitar, and is given a light bossa-nova treatment that is worthy of Shirley Horn. The Rodgers and Hart classic “My Romance” has Ms. Weekes displaying a great deal of warmth while singing out-of-tempo, creating a dreamlike atmosphere.

“I Saw Mommy Kissing Santa Claus” is taken as a swinger with excellent statements from Woodard’s tenor and pianist Campodonico. “Some Children See Him” has a tender vocal and a prominent spot for Ernie Fields Jr’s haunting bagpipes. A joyful “What Are You Doing New Year’s Eve” and an exuberant “Winter Wonderland” precedes a sweet version of “Silent Night” that is filled with quiet emotion and fine playing by Nelson on keyboards. A carefree “Let It Snow” and the soulful and festive Christmas original “The Gathering” (which has an impressive violin solo from Mark Cargill) conclude the memorable program.

Amber Weekes was born in Los Angeles to a pair of singers whose heritage as Harlemites was an important influence. A vocalist from an early age, she has sung in a countless number of Southern California clubs and venues and performed at the New Rochelle Jazz Festival in New York and Caesar’s Palace in Las Vegas. Amber studied singing with such teachers as Gwendolyn Wyatt, Phil Moore Jr, Catherine Hansen, Sue Fink, and, most importantly, Sue Raney. She made her recording debut with her ’Round Midnight album and recently released Pure Imagination. A delightful presence in Southern California’s jazz scene, Amber Weekes’ memorable voice, versatility, and expressive style makes her one to watch and The Gathering a Christmas jazz album that one should not miss. 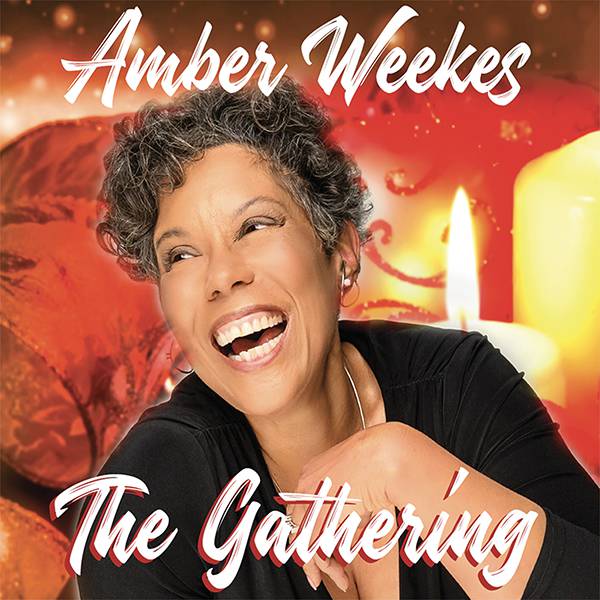 Listen to:
“The Christmas Waltz”