Steve Slagle
Ballads: Into the Heart of It

With saxophonist/composer Steve Slagle you can expect the unexpected. From his early days on the NYC scene which he joined in the mid-70s (almost instantly joining the fray at the highest level with the likes of Machito And His Afro-Cubans, Steve Kuhn, Lionel Hampton, Charlie Haden, The Mingus Big Band, Carla Bley, and many others), Slagle has always been an artist up for new challenges and horizons. This holds true even after more than twenty albums as a leader, and forty years of creating music on stages and in studios around the word with many of the finest musicians of this era.

For artists, the impact of the sudden isolation and inability to work brought on by the global pandemic manifested itself in myriad ways, one of which was influencing many, including saxophonist/composer Steve Slagle, to create with a fervour. As Slagle stated, “In the worst of times, sometimes the best music comes out of you.” This past April-2021 Slagle released the critically-acclaimed, Nascentia, and hot on the heels of this album we have another testament to the superlative level of his creative output, a true first for Slagle in a stunning bouquet of ballads, Ballads: Into The Heart Of It, to be released on Panorama Records on February 18, 2022. The album features special guest Randy Brecker, pianist Bruce Barth, bassist Ugonna Okegwo, drummer Jason Tiemann and Richard Sussman, who provides synth orchestrations and drum programming to great effect on three selections.

Into The Heart Of It opens with Bill Evans and Miles Davis’ “Blue In Green,” and Slagle renders this iconic composition anew, wringing every bit of emotion from the melody with a minimalist approach. Accompanied by longtime friend and colleague Richard Sussman’s orchestrations and Okegwo, Slagle is completely exposed, his opening phrase a cry for humanity, a sonic prayer for the earth. Next up is Slagle’s take on Duke Ellington and Billy Strayhorn’s, “Le Sucrier Velours (The Queen’s Suite),” a gem from Duke’s oeuvre, originally released in ’76, and again on Live At The Whitney (recorded in ’72 and released in ’95, on Impulse!). We’re getting a clear picture now that this is no ordinary ballads album, and it was designed that way. “I really ruminated over this,” says Slagle, “and I find it interesting to take on the challenge of trying to maintain one mood or texture across an entire program. But I didn’t want this to be a traditional ballads record where everything sounds the same. And as much as I love many of them, I definitely wasn’t looking to recreate any of the classic ballads albums that I, and many people, grew up listening to. So, there are a number of originals here, and some classics. But I wouldn’t touch those classics if I wasn’t going to try things differently. At this point I can’t help but impart my own slant on the music we play.”

The album continues with Monk’s “Reflections,” and special guest Randy Brecker opens the tune with his famous burnished tone. Between Slagle and Brecker sharing the melody you can hear what many decades in the trenches truly sounds like – and listen to these guys on these changes – the crème de la crème . . . “My One And Only Love” is up next, and the framework designed by Slagle and Richard Sussman once again exposes Slagle, allowing him to establish a high level of intimacy with the melody, and allowing us, the listener, to share in this closeness and really hear what the saxophonist has to say about this iconic tune. Other highlights on the album include one of the prettiest melodies in the program, Slagle’s “The Heart Of It” (again featuring Randy Brecker), and Slagle’s take on Stevie Wonder’s “Kiss Lonely Goodbye.” This is a good time to mention the contributions of pianist Bruce Barth, who demonstrates on this track, and the entire album, why he is one of the most sought-after and respected artists to have ever touched a piano. On “Si, See” Slagle displays his mastery as a composer with a simple melodic line which conveys so much emotion and carries so much weight (the melody notes being, C, A, E, C, A) . . . how can a melody cause you to wonder about the world and ruminate about any number of other important topics . . . The album’s last three selections are, “If you Could See Me Now,” Slagle’s tribute to some very important women in his life with “The Four Margarets” (a truly lovely and compelling tone-poem by Slagle, polished, framed and ensconced in velvet by Sussman, and worth the price of admission on its own!), which was the first tune completed, and the catalyst for the rest of the album. After it all, Slagle drops the heated “Big Mac” as a bonus, making the final tally, “nine ballads and a burner.” Written with Randy Brecker in mind, and nodding to the important “Macs” in the leader’s musical life (i.e. McCoy Tyner, Andy McKee, Jackie McLean), it signals a new dawn on the horizon. Ever forward for Steve Slagle. 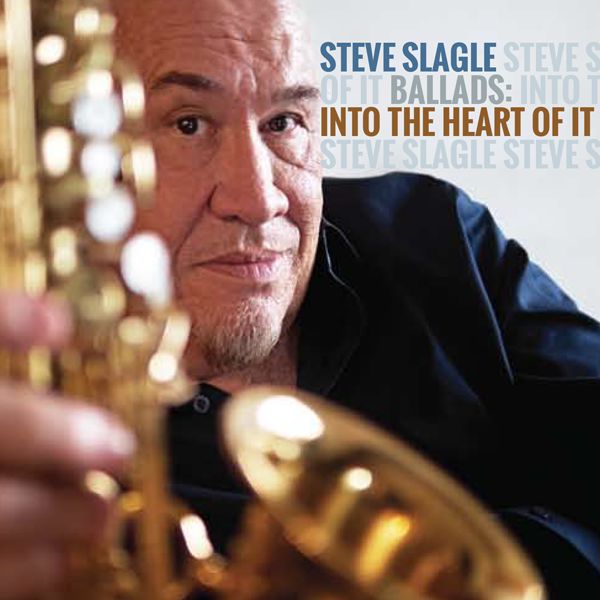 Listen to:
“Blue and Green”